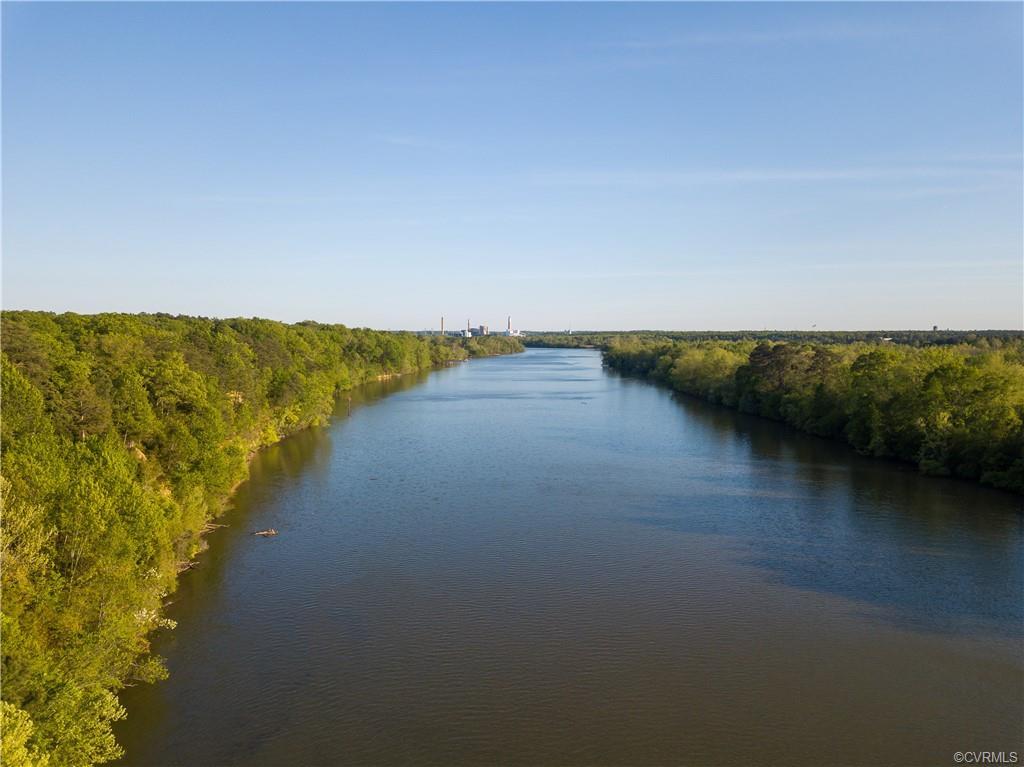 Chaffin’s Bluff is one of the most unique riverfront locations in all of Central Virginia. It is said that Jefferson Davis & Robert E. Lee watched the storied battle of Drewry’s Bluff from Chaffins Bluff and the only existing earthworks mounds are located on the property. Perched approximately 60’ above America’s founding river, sits the remnants of a day cottage built by Mayor Bright in 1920. Unfortunately the runoff from the roof caused the bank to erode causing a collapse of the back porch rendering the house uninhabitable. Since then, the current owner has created a captivating plan to construct a home into the walls of the Bluff to maximize the unmatched views of sunsets over this beautiful stretch of the James. Bring your imagination as this could be one of the most spectacular homesites around! Located minutes from the City limits, Osborne Landing and the airport, Chaffins Bluff could be the beautiful private retreat you’ve been searching for to build the home of your dreams! Simply put, you won’t find a better view of the James than Chaffin’s Bluff! Property conveys as is. Includes adjacent parcel with a tax ID of 8036793723 could be it’s own buildable lot.