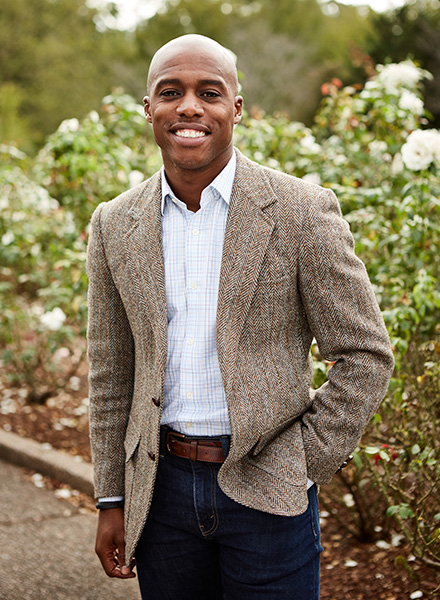 L.C. Baker lives and breathes our group’s core values: gratitude, integrity, duty, and service. He is a husband (Kellye) and a father; Eli (5) and Silas (2). The ongoing support from his ‘big why’, his family, serves as his greatest of motivations. His passion, knowledge and vision for the city of Richmond coupled with his dedication to repay the city for raising and shaping him makes him a natural fit as your Buyer’s Agent.

L.C. was born in Hahn, Germany. He was predominantly raised, however, in Richmond, Virginia, and currently resides in Battery Park in the Northside with his family. He attended James Madison University in Harrisonburg, VA and earned a Bachelor’s of Business Administration and a Master’s of Science in Accounting in 2009 and 2010, respectively. L.C. played wide receiver and return specialist while at Madison from 2004-2007, where he earned numerous accolades and won a national championship in 2004. He also pledged into Omega Psi Phi Fraternity, Inc. He recognizes that the connections, friendships and the brotherhood that has developed from his time JMU are invaluable.

Upon completion of his tenure at Madison, he began his career in Tax Accounting working for companies such as PwC, KPMG and BDO. Working in uber-technical and ever-changing corporate world, he learned quickly the value of knowledge and client service. His friends and realtor, Tommy and Brad (founding members of our Group) saw him as a natural fit as a Realtor and when the timing was right L.C. jumped at the opportunity to join the team. Given his background, L.C. is a disciplined, genuine, and empathetic servant leader and looks forward to serving you in your next real estate transaction.