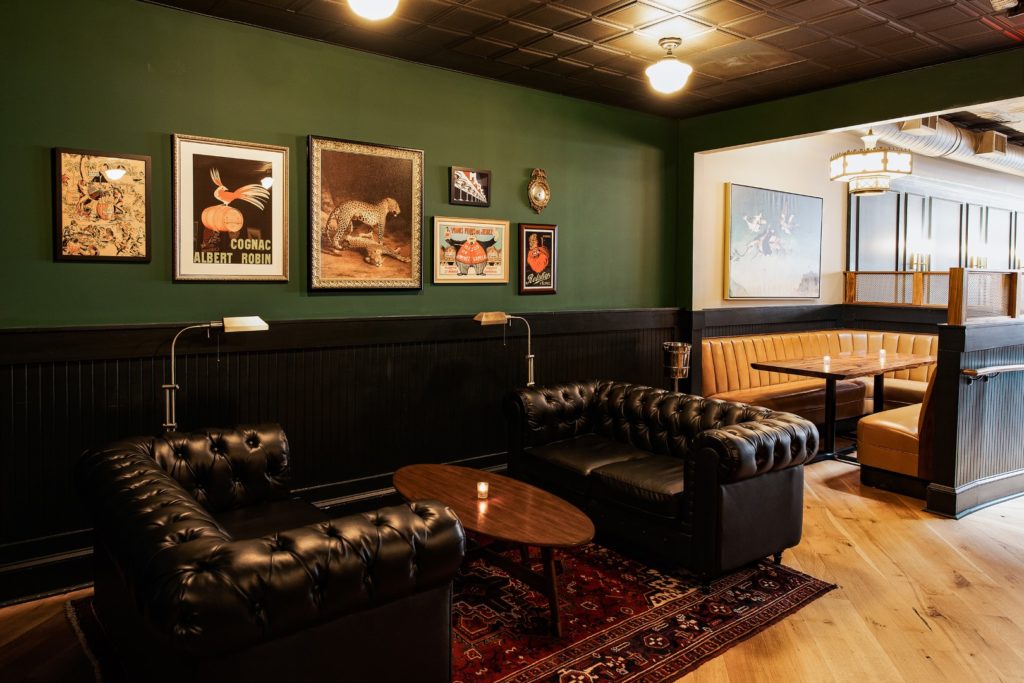 We could not be more excited to partner with The Jasper for our very first Small Business Spotlight.

Community is at the heart of what we do and we believe in supporting the local businesses who invest in, support, and create the vibrant communities here in Richmond.

This month’s spotlight focuses on The Jasper, opened in 2018 in Richmond’s Carytown neighborhood as an all-purpose cocktail bar with a speakeasy-style and an inventive drinks list. Founded by former famed bartenders and restaurateurs Heritage owner Mattias Hägglund, Thomas “T” Leggett formerly of the Roosevelt, and Kevin Liu, who owns the Tin Pan and Carytown Cupcakes

We asked agent Mat Shelton-Eide to share why he nominated The Jasper as his favorite local business.

“I’ve had the privilege of watching not only the Jasper grow since it’s opening in 2018, but really watching the guys who own and operate it grow in their journeys toward bringing this place to Richmond. The ownership and management have been such a huge part of the Richmond bar scene for YEARS and with that have gone from bartenders at Richmond staples of like The Roosevelt, Sticky Rice and Heritage to name just a few, to a group of owners of what in my opinion is the best bar in the city, not to mention just one of the most impressive Richmond businesses to show off to out of towners.”

While The Jasper has become known as one of the South’s Best New Bars, they still understand the importance of the local Richmond community.

“These guys all supported my small businesses when I owned two small shops in the city prior to getting into real estate, so I love having the opportunity to repay that favor whenever I can. I watched them battle as a new business through the challenges the COVID shutdowns threw at them, knowing exactly how challenging that was as someone who went through it as well, and am so happy to see that they have made it past that for the most part and are starting to thrive on the other side. These guys are Richmond to the core and I’m so proud of what they’ve accomplished,” said Mat.

The Jasper is named for Jasper Crouch, a bartender and caterer in Richmond in the 1800s. Crouch was a freed black slave and Chief Justice John Marshall’s top drink maker at Marshall’s Quoit Club, a social club that met during the summer.

Promising “full pours and fair prices” the Jasper is that rare establishment that showcases creativity and expertise at the highest levels, while still being accessible in every sense of the word. The goal is “to be the best iteration of a neighborhood bar that can also do great cocktails,” explained Mattias.

Open 7 days a week from 5pm to 12am (2am Friday and Saturday), the Jasper serves its food menu at all hours– describing the food as the sort that is “more aimed at satisfying the hunger you get when you’re having a drink.”